1950s
The CIA conducts extensive research on LSD, which was mostly destroyed.
LSD was also central research area for Project MKULTRA, the code name for a CIA mind-control research program begun in the 1950s and continued until the late 1960s.
The British government is also engaged in LSD testing; in 1953 and 1954, scientists working for MI6 dosed servicemen in an effort to find a "truth drug".

1952
Fredric Warburg, Orwells Publisher, becomes a member of the committee of the Society for Cultural Freedom (S.C.F.)
In 1953 The S.C.F. were to produce a cultural magazine known as Encounter, which was later to receive sustained criticism when it emerged that much of the money used to produce the magazine came directly from the CIA.
The Encounter 1953 was co-founded by early neoconservative author, Irving Kristol (1920 – September 18, 2009), father of PNAC member William Kristol. 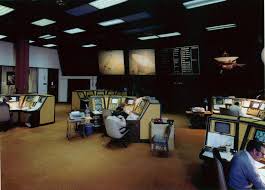 1954
Jet Propulsion Laboratory (JPL) teams up with Wernher von Braun to carry out three successful sub-orbital flights in 1956 and 1957 and America’s first satellite, Explorer 1, on February 1, 1958. After NASA is founded in October 1958, JPL transferred to it and became the agency’s primary planetary spacecraft center. JPL engineers furthermore design and operate Ranger and Surveyor missions to the Moon that prepared the way for Apollo.

1956
Defense Science Board (or DSB) is established on the recommendation of the second Hoover Commission.


1957
First known use of the term "transhumanism".
Transhumanism is an international intellectual and cultural movement supporting the use of new sciences and technologies to enhance human cognitive and physical abilities.
During the early 80s, the transhumanist vision of a profoundly transformed future humanity arrives also in the Computer Society.

In 1999, the WTA drafted and adopted The Transhumanist Declaration.
Transhumanism or Extropianism also influences the so called cyberpunk genre, exemplified by William Gibson's Neuromancer (1984) and Bruce Sterling's Schismatrix (1985).
It also infects some cults like the Raëlism and Scientology.
In 2006, the board of directors of the Extropy Institute ceased operations of the organization, stating that its mission was "essentially completed".(Apparently the ideology turned into the "Proactionary Principle", which also encourages the development of biotechnology and genetically modified organisms (GMO).
https://www.extropy.org/ExI%20Strategic%20Plan.pdf
https://en.wikipedia.org/wiki/Transhumanism
https://www.worldchanging.com/archives/004174.html

1958
MKULTRA LSD supplier and running dog, Al Hubbard contacts Urantia movement inner circle habitué, Meredith Sprunger, for information about The URANTIA Book and the Urantia movement. Urantia influences since 1972 Les Jamieson, who becomes later one of the most significant Infiltrators of ny911truth.org [co-founded by Nico Haupt aka ewing2001 and Angie d'Urso, who both leave the group under protest, only a few months after the establishment in late 2003].
https://urantiabook.org/archive/history/sprung_1.htm


February 1958
The USSR's launch of Sputnik officially inspires the launch of ARPA, which turns on October 29, 1969 into the ARPANET (11 days after the historical climax of the Woodstock Festival).
During 1973 -74, with the first description of the TCP Protocols, DARPANET turned into the "Internet". In 1983 more older protocols were switched. In 1993, with the introduction of the Mosaic web browser, the popularity of the so called World Wide Web began, ironically in the same year when the Twin Towers had been officially attacked for the first time.

1958
Analytic Services aka ANSER is founded with the assistance of the RAND corporation
https://en.wikipedia.org/wiki/Analytic_Services

1959
Computer Sciences Corporation aka CSC is created, officially to provide programming tools such as assemblers and compilers.CSC later receives contracts of Honeywell, and the NASA Jet Propulsion Laboratory. Among the co-founders had been computer pioneer Roy Nutt, co-creator of IBM's 1950's computer language FORTRAN. After 2000, CSC aquired DynCorp (2003) (some units later sold in 2005).

September 12, 1959
Luna 2 launches as the second of the Soviet Union's Luna programme spacecraft and only 33.5 hours of flight later, historically was the first man-made object to reach the Moon. The Soviet Space Program was basically headed by Sergey Korolyov and german rocket scientist Helmut Gröttrup, former assistant of Wernher von Braun. Between 1968 [first patent 1969] and 1982 Gröttrup, together with german Jürgen Dethloff, also developed the so called chip card aka SmartCard, basically a microprocessor circuit system, which should eventually also replace paper "money" ;
https://en.wikipedia.org/wiki/Sergey_Korolyov

1959
John Glover, who designed the first mass-transfer tower, is often considered to be the first Chemical Engineer. At this time, nitrate was commonly used in reactions.
Chile was the only available source for nitrate, and therefore it was very expensive to import into Britain.
https://www.ecs.umass.edu/che/che110/che_general_history.html