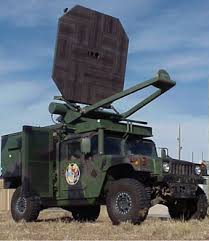 January 2005
At the IQPC's Directed Energy Weapons conference in London, Gerald Wilson confirms that his laser system "takes between 5 seconds and 4 minutes (typically 30 seconds) to destroy a mine..."

Included in this project is also EADS, Finmeccanica and Thales. (Alcatel will merge with Lucent in 2006)
Alcatel and Finmeccanica then create Europe's leading satellite- and the 3rd World Group:
Alcatel Alenia Space.
https://tinyurl.com/GalileoAlcatel

June 2005
The Joint IED Neutralizer by Ionatron, is using a directed energy discharge to zap IED land mines. The vehicles are officially sent to Iraq.
In February 2008, Ionatron changed its name to Applied Energetics, Inc
https://www.appliedenergetics.com/laser-guided-energy.asp


July 2005
As described by a majority of 9/11- and 7/7 researchers, the Tavistock Institute seemed to have played a logistical role in the authorship of the London False Flag Bombings on the Subway.
One of the explosives detonated officially on a bus nearly in Tavistock Square, which was parked in front of Tavistock Institute.
The bus was operated by Stagecoach London. One of their contractors is also D|Sign, which provides the US Navy.
The CCTV system officially didn't work on this bus.
The UK Metro system is run by George Schultz' Bechtel.
The Commission of Transport is led by ex-CIA Bob Kiley, who was also CEO of the New York City Metropolitan Transportation Authority (MTA).
https://team8plus.org/forum_viewtopic.php?9.879

July 2005
physorg.com describes a "...pulsed beam that fires 200 times per second, and can already easily burn a hole through an inch of carbon steel in approximately seven second..."

2005-2006
Yet another wave of ex-Intelligence or -Military Associates is reaching to the top of the 9/11 Truth Movement, now also often labelled as the 9/11 Truthling DoubleThink Movement Cult.

Sina-1 is the first Iranian artificial satellite, launching on board a Cosmos-3M Russian launch vehicle from the Plesetsk Cosmodrome.


Fall 2005
SAIC reports about their "Directed-Energy Work in Albuquerque":
"...This "high-energy laser" is representative of a directed-energy weapon that could be developed to stop or disable targets hundreds of miles away...
"We currently have two capabilities on contract - Target Reflected Energy Measurement (TREM) and Target Subsystems Protection (TSP). ..."

October 2005
The Weather Modification Operations and Research Board passes - in corporate cooperation with BAE Systems and Raytheon Corporation.