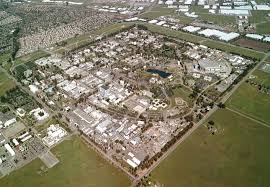 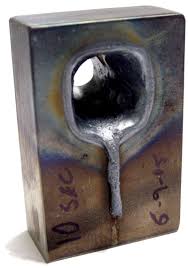 Jan. 11, 2006
MSNBC reports about "directed-energy weapons," "a revolution in military hardware", which includes "such as the Airborne Laser
and the Active Denial System, as well as the Tactical High Energy Laser, or THEL... "
The article also includes a description of the U.S. Army’s Tactical High Energy Laser in White Sands, N.M [14]
It also describes "exciting research areas underway at the Los Alamos National Laboratory: Free-electron laser work with the Navy and a new type of directed energy that operates in the terahertz region...for potential use in the U.S. military’s Future Combat Systems program..."
"...The good news is that directed energy exists. Directed energy is being tested, and within a few years directed energy is going to be deployed upon the battlefield..."

Breeding quotes Scientology founder L. Ron Hubbard in his book, The Wildest Colts Make the Best Horses and his website links to the Scientology front group, Citizens' Commission on Human Rights. Indeed, Dr. Breeding calls this powerful force for Scientology "an awesome organization..."
PRISON PLANET itself is a Scientology term coined by founder L. Ron Hubbbard.
Jones started his website prisonplanet.com in June 2001.
In 2006, Jones brokers a cooperation concept with Charlie Sheen (a self declared born-again Christian) and 911truth.org (which had been accused of having adapted CointelPRO concepts).
https://www.bloglines.com/preview?siteid=6120684&itemid=2161

Alcatel agrees to sell its share of Telespazio (and its 67% share of Alcatel Alenia Space) to Thales Group.

Telespazio was itself created, to prepare a merger in 2005, between italian Finmeccanica (67%) and Alcatel (33%) into Thales Alenia Space.

May 5th, 2006
The SUN UK reports that "America" is "secretly working on a RAY GUN to destroy enemy spacecraft...laser experiments are being carried out in the New Mexico desert..".


2006
Directed Energy Weapons are officially embedded into the Urban Resolve 2015 wargame experiment, led by JFCOM.
It is described as "the largest modeling and simulation system ever built..
UR2015 included more than 2 million individually simulated objects interacting in Baghdad in the year 2015...


September 25, 2006
Rockwell Collins, Inc., one of the main FCS contractors, acquires Anzus, Inc., leading provider of military real-time data exchange.
During June 2001, Anzus, Inc., founded in 1986, was conducting the anti-terror exercise " Amalgam Virgo 01" which includes a picture of Bin Laden in its description.
One of Anzus' most significant navigation systems (JMMTIDS) was developed with the help of NASA's Jet Propulsion Laboratory, also described in a ewing2001's 2004 article. [24]
The name of Anzus seems to resemble an australian-u.s. treaty.