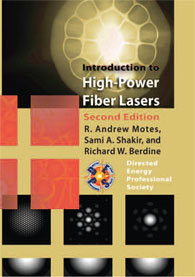 January 2009
Terrafugia, founded by graduates of the Department of Aeronautics and Astronautics at the MIT, announces "The Transition", a roadable aircraft that the company describes as a "Personal Air Vehicle". The aircraft is designed to change configurations, enabling it to operate as a traditional road vehicle and as a general aviation airplane. -


January 2009
A refreshed debate about CIA's Nomination of Leon Panetta, distracts from the nomination of Dennis C Blair, as head of the DNI [which actually runs the CIA since 2004], a former responsible executive of the Iridium Satellite Program, once controlled. by Motorola, Microsoft and the BinLadin Group.

May 2009
https://www.kyivpost.com/world/42210 05/27/09   Interfax-Ukraine:  "...The satellites, to go into space from the Baikonur Cosmodrome in Kazakhstan, are the United Arab Emirates' DubaiSat 1, Spain's Deimos 1 and NanoSat-1B, Britain's UK DMS-2, and the United States' UpriseSat 3 and UpriseSat 4, a Kosmotras spokesman told Interfax-AVN..."  [Deimos Space SL is part of SSTL; part of the Disaster Monitoring Constellation (DMC)] ; Deimos was formed in June 2001 ("Junio 2001" !

SSTL is acquired by EADS Astrium in 2008.

May 2009
https://ff.im/2tvw0 SES Dutch Skies profiteers from a vaccine contract of Glaxo Welcome [linked to the alleged swine flu outbreak], to develop an anti-malaria satellite program for them in africa. https://ff.im/1gAgL

May 2009
COMSTAC, releases a report predicting an average of 20.8 commercial satellites and 15.7 commercial launches to geostationary transfer orbit in the next decade.

May 19, 2009
EADS Astrium signs a strategic partnership agreement with Kazakhstan (“Kazakhstan Gharysh Sapary”) , to build a major satellite integration centre that will be part of the future Kazakhstan national space centre planned for Astana.
https://www.astrium.eads.net/en/press-center/press-releases/2009/astrium-signs-strategic-partnership-agreement-with-kazakhstan
Kazakhstan Gharysh Sapary is established in March 2005, for the purpose of realization of the Governmental program "Development of space activity in the Republic of Kazakhstan".
https://www.gharysh.kz/en/

May 23, 2009
Boeing, Raytheon-Awards for Free Electron Laser (FEL) system coincides with new NASA Nomination ties [Alliant ATK]
https://friendfeed.com/ewing2001/46615299/boeing-raytheon-awards-for-free-electron-laser
Self-Amplified Spontaneous (or Stimulated) Emission (SASE) is a process within a Free electron laser (FEL) by which a laser beam is created by the high-energy electron beam.  [see also early abstracts from 1997 at


August 2009
ewing2001  releases TOP 70 Most Interesting 'Power Structure' Companies and Institutions [ewing2001 ; compiled August 2009] @ https://tinyurl.com/9-11top70 ] , which is mostly ignored worldwide.
With the 8th anniversary of 9/11, ewing2001 redeclares his official retirement from traditional political - and digital activism, while continuing as a music video mashup producer and microblogger.

Summer 2009
german FAZ reports, that new documents confirm the *very same*, as i implied *here, that Karl-Heinz Kurras who shot in 1967 student protestor Benno Ohnesorg, was apparently a STASI-agent [east german intelligence]. (I mentioned that the beginning of the german 'hippie/terrorist' movement started with yet another student-killer constellation, which links *both assassin and victim to former "Socialist" East Germany: Josef Erwin Bachman, Rudi Dutschke. My thesis states that Socialism, Hippie- and Terror Movement plus the early phase of U.S. Capitalism had been a front for european electronic defense companies all along) . In germany meanwhile the Baader Meinhof Gang gets reglorified with the movie "Baader Meinhof Complex" by film director Uli Edel.

Summer 2009
"G-Force" : Hollywood continues to push Dystopian Bionic Fascism Movies. While this year bionic Anti-Matter Weapons had been covered in two movies like "Star Trek" (2009) and "Angels and Demons"; another layer of transhumanist fascism is covered in 'G-Force' , which is officially a parody on machine-insect interfaces and actually inspired by DARPA's HI-MEMS program
"District 9", another dystopian movie [Peter Jackson; The Hobbit 2012, : The Two Towers, Meet the Feebles etc...], is obviously inspired by Google Earth and its military version, Future Combat System.
Other related movies: "Gamer" [Gamers to control human death row prisoners in mass-scale deathmatches]; "9" [Several machines incl. The B.R.A.I.N. aka Binary Reactive Artificial Intelligent Neurocircuit Machine up against a rag doll group]; "Pandorum" [Astronauts drifting through space and with no memory of who they are] ; "Surrogates" [2017-humans living in near-total isolation only communicating with their fellow man through remotely-controlled robotic bodies that serve as "surrogates"]; "Zombieland" [re-retro-inspired by 28 Days Later / Dawn of the Dead (2004) zombie movies]; ...

..."The Legend Of Spyro 3D" [postponed to 2010][based on the popular multiple-personality 'Legend of Spyro'- video games]; "Avatar" from James Cameron, deals with communication via surrogate bodies. [Story about a former Marine who is participating in the so called Avatar program, which will give him a healthy body. Pandora is also the home to the Na’vi, a humanoid race. The 'Avatars' are living, breathing bodies in the real world, controlled by a human driver through a technology that links the driver’s mind to the Avatar body] ; "Tekken" [postponed to 2010][another post-disaster movie, playing in 2039, when remaining territories are 'no longer run by governments', but by corporations. Interestingly the name of one of them, Zaibatsu, is inspired from Japan's Meiji period until the end of the Pacific War and still refers to -among others-, Mitsubishi Group. The Mitsubishi Group runs Mitsubishi Electric, a producer of space technology, including the manufacture and implementation of both satellites and ground systems incl. HTV and JEM [the Japanese Experiment Module], both for the International Space Station (ISS). Recently Morgan Stanley hooked up with Mitsubishi Financial for a $100 Billion Joint Venture

September 2009
During the 9/11 anniversary, the '9/11 Noplaner community' is meanwhile completey dismantled against the thermite-/planehuggers, with minor isolated fringe groups at killtown's UBB forum or in some small mailing lists around Jim Fetzer, but both groups don't produce any active input on the anniversary worldwide.

October 1, 2009
The European Geostationary Navigation Overlay Service (EGNOS) is established.
During July 2005 the EGNOS system is tested for the second time, to track cyclists in the Tour de France road race. EGNOS is part of the european GPS-competitor Galileo GNSS system.
During the development of "Galileo GNSS", the U.S. officially declared that the european "system will only be subject to shutdown for military purposes in extreme circumstances"
After 9/11, the United States Government writes to the European Union opposing the project arguing that "it would end the ability of the United States to shut down GPS in times of military operations..."
In September 2003, China joins the Galileo project. In April 2009, Norway too joins the programme.
The European Satellite Services Provider (ESSP)-SAS, a form of French company founded in April 2001,
will oversee operation of the EGNOS signal from Toulouse.
https://www.gsa.europa.eu/go/egnos/what-is-egnos ; https://ff.im/bJfFK ; https://ec.europa.eu/transport/galileo/events/doc/10-12-2009_cfp_gnss_signals.pdf

EADS describes itself as the "predominant provider of Earth observation solutions from space".

DigitalGlobe, a leading global provider of commercial high-resolution world-imagery products and services for defense and intelligence, announces the launch and deployment of WorldView-2, a remote-sensing satellite. It is launched from Vandenberg Air Force Base in California.
https://media.digitalglobe.com/index.php?%20s=43&item=182
In 1995, the company became EarthWatch Incorporated, merging WorldView with Ball Aerospace & Technologies Corp.'s commercial remote sensing operations. In September 2001, EarthWatch became DigitalGlobe.
QuickBird, their first high-resolution commercial earth observation satellite, launched on October 18, 2001 from Vandenberg Air Force Base.
The imagery is also used as a backdrop for mapping applications, such as Google Earth and Google Maps.
https://www.digitalglobe.com/index.php/85/QuickBird
WorldView-1 was launched in 2007.
https://en.wikipedia.org/wiki/WorldView-2
DigitalGlobe went public on the New York Stock Exchange in May 2009.
It is expected, that google will do some business with WorldView-2 as well.
https://www.washingtonpost.com/wp-dyn/content/article/2009/10/12/AR2009101203421.html

It is reported, that the European Organization for Nuclear Research (French: Organisation Européenne pour la Recherche Nucléaire), known as CERN, well known for the discovery of W and Z bosons ; antimatter experiments at the Large Electron Positron Collider (LEP) and for the World Wide Web -CERN project called ENQUIRE , is allegedly infiltrated by an Al-Quaida associate.

Oct 29, 2009
SES WORLD SKIES, announces that the NSS-12 satellite successfully roared into space on-board an Ariane 5 ECA booster from the European Spaceport in Kourou, French Guiana.
NSS-12 was manufactured by Space Systems/Loral.
Ariane 5 is also responsible for the COMSATBw-1 satellite to EADS Astrium.
Also aboard Ariane 5 rocket, is the THOR-6 telecommunications satellite, which will broadcast TV programmes to Scandinavia and central and Eastern Europe for Norwegian operator Telenor.
https://news.bbc.co.uk/2/hi/science/nature/8333170.stm
Ironically Telenor controls also Schibsted Nett, which promotes in the very same month, in their Schibsted owned Aftonbladet tabloid paper, yet another new "9/11 Truther" named Egon Frid, who sits in the Swedish Parliament.
The so called 9/11 Truthling Truthers mainly ignore the existance of Directed Energy Weapons and related and claim, that the Twin Towers had been brought down by Thermite.
https://friendfeed.com/ewing2001/4687b487/major-swedish-thales-alenia-space-linked ; https://ff.im/bLO1e

Leading NASA scientist David Nozette, credited with helping discover water on the Moon on India’s Chandrayaan mission, who has been earlier arrested in October, on charges of spying for Israel is denied bail after prosecutors said he was a “walking safe deposit box” of government secrets.
Nozette is described as principal investigator on the American Lunar Reconnaissance Orbiter and Co-investigator on Mini-SAR (synthetic aperture radar), on Chandrayaan-1.

Just 2 days prior, the U.S. Department of Defense is handing out new Airborne Sensor Contracts "for Tracking Afghan Insurgents", which include Synthetic Aperture Radar (SAR) imagery. The story is getting mainly distracted with pending elections in Afghanistan and a NY Times story about president Hamid Karzai's brother, linking him to the CIA.

October 2009
After "killtown"s forum gets nullified for unknown reasons, italian video engineer Simon Shack aka Simon Hytten ("September Clues") and cartoonist hoi.polloi aka Maxeem Konrardy open their own forum, but shifting their focus from 9/11 tv fakery completely and continue to ignore the background of european electronic space defense business regarding 9/11, including their applications and related unconventional weaponry systems.

November 11, 2009
The "3rd Eurasian Economic Forum", co-organised by the SCO [Shanghai Cooperation Organisation], takes place in Xi'an, China. The SCO was established a few weeks before 9/11, on June 15, 2001.
Xi'an is also part of China's space exploration program.
It includes -satellites developed by the Small Satellite Research Institute of the Chinese Academy of Space Technology, manned missions to the moon, the Double Star Mission joint with ESA and the Beidou navigation system or Compass Navigation Satellite System, composed of 60 to 70 satellites.

November 19, 2009
French media company Lagardere SCA announces to sell their minority stake it holds in Vivendi 's Canal Plus Group plus its 15.1% stake (!) it has in EADS NV.
In April 2008, Canal Plus France, as part of Vivendi, 'hyped' the "9/11 truthling truthers" and their 9/11 thermite obsession, within their feature "Jeudi Investigation".
In 1999, Lagardère's defence arm, Matra Hautes Technologies, merged with Aérospatiale to form Aérospatiale-Matra. In July 2000 Aérospatiale-Matra became part of EADS.
Jean-Luc Lagardèr, who died in 2003 of a rare neurological condition, was mainly responsible for the merger of Germany’s DaimlerChrysler and Spain’s Casa to form EADS.
https://ff.im/bJfFK

November 20, 2009
Only one day after the release of ewing2001's video "9/11 Gaytheon-Virus" [nicomedy2010 mix],
his computer gets stolen and dismantled. The video links also include updated research on his neighbor house, which has indirect ties to Raytheon, CSAIL and Thales Alenia Space !

Mainstream Media reports that the Large Hadron Collider at CERN is finally back and running, "smashing together protons travelling at nearly the speed of light".

After a counter hecklivism stunt at an anti-" 9/11 mastermind KSM into NYC"-protest, "bionic" comedian, journalist, media scientist and video activist Nico Haupt aka mc nicomedy2010 aka ewing2001 gets detained by the Police, but released over night.

video mirror of once erased original by unknown cameraman