I refer to WW2 as yet another significant false flag, to cover-up the real reason for the "Holocaust".  I personally link it to a professional cover-up for secretive production of sophisticated computer-film/video marketing- and production campaign of IBM [Z1], CocaCola/Fanta, Magnum Photographers [see also 9/11 second hit connection via Distribution of Evan Fairbanks-'footage', which later assembles a german car commercial], the Manhattan Project and maybe even a 'classified' theoretical, early simulated/emulated version of Sony [U-Matic]. But it is most reasonable, that Holocaust Data was used to create the first MilNET computers [on behalf of the first holorith machines], to test or simulate the ongoing emulation of other 'classified' Tesla Technology, including Directed Energy Weapons, related first modulations of Free Energy Lasers, Anti Matter Weaponry etc...

The first 'models' of the CERN-/ARPAnet are also linked to Project RAND.
https://en.wikipedia.org/wiki/Z1_%28computer%29 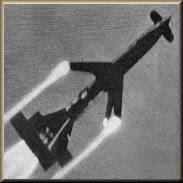 
June 1942
With Help of German Nazis, British Tavistock Institute and U.S. Joints Chief of Staff,
The Office of Strategic Services (OSS) is established.
[established by a Presidential military order issued by President Roosevelt on 13 June 1942]
https://en.wikipedia.org/wiki/Office_of_Strategic_Services

According to a declassified paper in the late 00's, the so called Red House Report, officially US Military Intelligence report EW-Pa 128, is written.

The report describes, plans of "Nazi Germany" to prosper after their certain defeat at the end of WW2 and resulted in the eventual creation of the European Union.

It detailed how the industrialists were to work with the Nazi Party to rebuild Germany's economy by sending money through Switzerland.

They would set up a network of secret front companies abroad. They would wait until conditions were right. And then they would take over Germany again.

The industrialists included representatives of Volkswagen, Krupp and Messerschmitt.


16 July, 1945,
An atomic bomb detonates in the New Mexico desert at 05:29:45 local time, which is described by private witness Daniel Yearout as "lit[ting] up the entire world".
In my view, the nuclear threat triggers a right-leftwing paradigm on purpose, pushing [alleged] nuclear technology and weaponry, to distract from a parallel development of directed energy weapons, with the help of artificially created fake-socialistic ['slave work centers'], among others in East Germany (Jena), Latin America, and elsewhere.

1945 -1991
Some groups define "world war" to include other far-reaching multi-national conflicts, such as the Cold War or current War on Terrorism. The Project for the New American Century holds both views, calling the Cold War "World War III" and the War on Terrorism "World War IV"; this was also agreed by Jean Baudrillard and Andrew J. Bacevich. However, these characterizations have attracted little support and have not been agreed upon by the majority of historians.
https://en.wikipedia.org/wiki/World_War_III
https://www.911blogger.com/node/1476?page=4 [Thu, 05/11/2006]

May 1948
Project RAND (Research ANd Development) is getting separated from Douglas Aircraft Company and becomes an independent non-profit org.
Initial capital for the split came from Ford Foundation.
According to another historical account, already in 1946, "Project RAND" defined the Preliminary Design of an Experimental World-Circling Spaceship.
It is described as the following:
"a satellite vehicle with appropriate instrumentation can be expected to be one of the most potent scientific tools of the Twentieth Century. The achievement of a satellite craft would produce repercussions comparable to the explosion of the atomic bomb..."
https://en.wikipedia.org/wiki/RAND
https://en.wikipedia.org/wiki/Preliminary_Design_of_an_Experimental_World-Circling_Spaceship 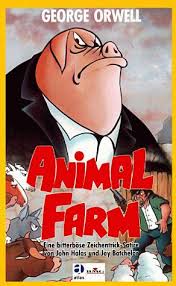 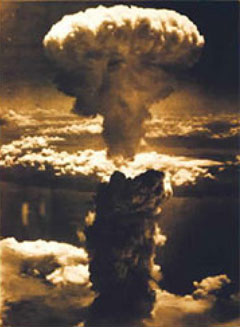 1949
"1984", a dystopian novel by the English writer George Orwell, is first published by Secker and Warburg. The book tells the story of Winston Smith and his degradation by the totalitarian state in which he lives. It is described as an Introduction to DoubleSpeak, DoubleThink and ThoughtPolice.
The Ministry of Truth, which exercises complete control over all media in Oceania, employs Winston at the Ministry's Records Department, where he doctors historical records in order to comply with the Party's version of the past.
1984 has, at times, been seen as revolutionary and politically dangerous and therefore was banned by many libraries in various countries.
[Animal Farm, another dystopian novella by Orwell is published in England on 17 August 1945, 2 days after Japan surrendered in WW2, which officially brought WW II to a close.]